In 1998, anonymous donors created a scholarship that has now given over $12 million to Spartans at MSU, changing lives in the process.

In the late 1990s, an anonymous private donor contacted Michigan State University and expressed an interest in helping students from Wyoming come to MSU. Wyoming has only one option for a public four-year degree, and while scholarships are available within the state the opportunities available to these students seeking an in-state tuition rate for a bachelor’s degree are limited to the programs offered by that one institution. The challenge being that going out-of-state to seek additional opportunities was often prohibitively expensive.

The anonymous donor created the STARR Charitable Foundation Scholarship, with the foundation name coming from a beloved family pet. The scholarship pays all regular costs for eight semesters at MSU, including tuition, fees, books, room, board, and incidental expenses. It is an expendable scholarship, meaning that all money donated goes directly to the students, rather than being invested and awards made from investment income.

The STARR Scholarship is offered through a highly competitive process. Students apply to MSU, and submit ACT or SAT scores, a scholarship application, and letters of recommendation for the first round of consideration. A selection committee on campus reviews the application packets and selects a group of students for an interview. The interviews draw out students' community service and leadership experiences, and explore each student's willingness and potential to make a difference in society. These students are interviewed in person in Jackson, Wyoming. The selection committee makes a final decision and offers are extended. Those students receiving an offer, and their families, are invited to campus in the early spring to meet other STARR Scholars, learn more about campus, and confirm their participation in the program. 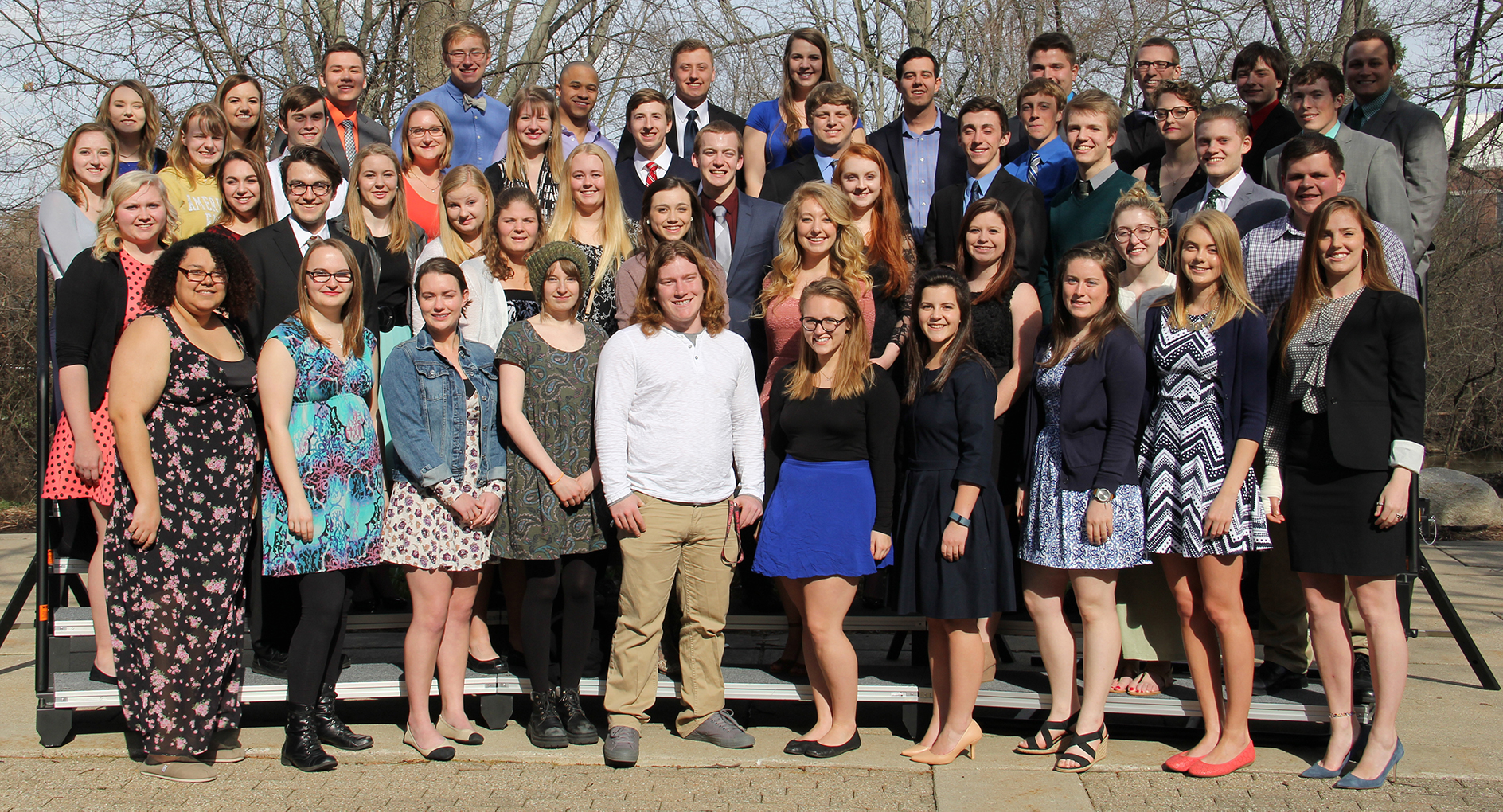 The first STARR Scholars were named in 1998, with a first cohort of three students. The program has grown over time. Beginning with the 2012 incoming freshman class, the donors expanded the program to include students from Michigan’s Upper Peninsula in addition to students from Wyoming. This opened new doors for many more students to consider Michigan State University as their post-high school destination.

“People talk about kids going away to Ivy League schools,” notes Seth Rowles, a STARR junior studying psychology from Ontonogan, Michigan. “MSU is the Ivy League of my high school.”

The STARR Charitable Foundation Scholarship has brought 92 Wyoming students and 22 Upper Peninsula students to Michigan State since 1998. It has paid out over $12 million in scholarship support. Without the support of the STARR Scholarship many, if not most, of these students would not have come to MSU. Some would not have been able to attend a four-year college at all.

Beyond admissions statistics, the STARR Scholarship has a real effect on the scholars themselves. When interviewed about the scholarship, many of the recipients noted that the scholarship allowed them the freedom to grow as individuals, to figure out what they were meant to do, and to discover their passions. For many of our scholars, higher education was not a guarantee because of cost. Being relieved of this burden of the expense of college gave them the opportunity to pursue their dreams. They're less likely to need to work to pay expenses incurred. They have the time to be more involved in volunteer experiences in the community. They can take a wider array of coursework and expand their intellectual horizons. They have greater freedom to pursue study abroad and internship opportunities.

“Opportunities that I’ve had at MSU have completely shaped me to become who I want to be,” says Jessica Harris, a senior from Powell, Wyoming, who will graduate in December with a bachelor’s in nursing.

The impact of the STARR Scholarship program goes beyond our students and our campus borders. As Spartans, our STARR Scholars go on to affect the world. After MSU, they have gone on to become doctors, nurses, engineers, authors, teachers, politicians, and more. Many have continued to pursue advanced degrees, worked on groundbreaking research, started non-profits, and have worked and lived all around the world.

“Our donor asked us to find world-changers and our students have lived up to that challenge,” says Ben Brown, senior admissions counselor at MSU. “I could not be prouder to work with any other group of students.”

This is the first post in a new series, Not Just A Scholarship. We will be introducing a few of our STARR Scholars here in the coming weeks. You can also follow #NotJustAScholarship on our social media channels to learn more about these and other Spartans throughout the year.

We're Feeling Thankful for Our Supporters

Thank you to all who support students at Michigan State University!

On September 2, in celebration of College Colors Day, several university Twitter accounts had a Fight Song Tweet-A-Long. We've gathered their messages below so you can see the full conversation.

Trained to Jump Out of Airplanes... and to Carry the Burden of Care

Spartan Nurse Skip Shipley (Captain, U.S. Army Reserve) graduated from the ROTC in 1993, and later returned to MSU for his MSN. Scholarship and fellowship support helped him along the way.